The air source of the pneumatic transmission is more convenient to obtain, the action speed is fast, the working medium is pollution-free, and the fluidity is better than the hydraulic system, the pressure loss is small, and it is suitable for long-distance control. The following are several pneumatic manipulators: 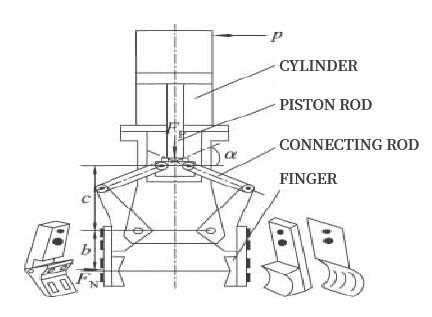 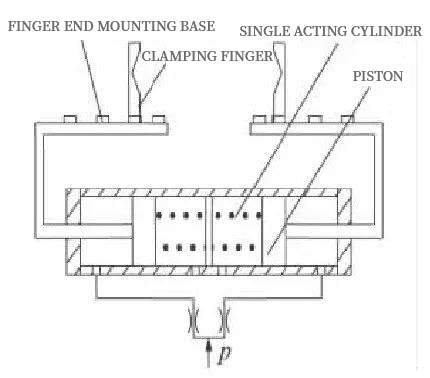 Figure 3 Structural diagram of the straight-rod double-cylinder translation clamping mechanism 3. The connecting rod cross-type double-cylinder translation clamping mechanism is generally composed of a single-acting double cylinder and a cross-type finger. After the gas enters the middle cavity of the cylinder, it will push the two pistons to move to both sides, thereby driving the connecting rod to move, and the crossed finger ends will firmly fix the workpiece; if no air enters the middle cavity, the piston will be under the action of the spring thrust Reset, the fixed workpiece will be released. 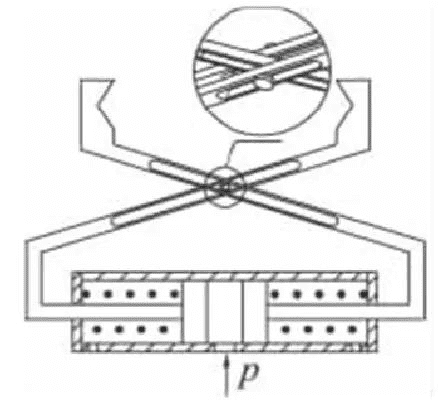 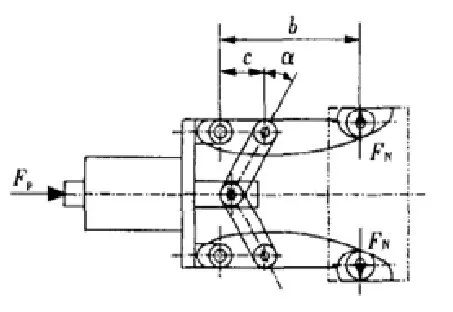 Figure 5 Structural diagram of the lever-type clamping mechanism of the inner support rod 5. The booster mechanism driven by the fixed rodless piston cylinder Under the action of spring force, the reversing is realized by the two-position three-way solenoid valve.

Figure 6 Pneumatic system of fixed rodless piston cylinder A transition slider is installed at the radial position of the piston of the rodless piston cylinder, and two hinge rods are symmetrically hinged at both ends of the slider. If an external force acts on the piston, the piston will It will move left and right, thereby pushing the slider to move up and down. When the system is clamped, the hinge point B will make a circular motion around the point A, and the up and down movement of the slider can add a degree of freedom, and the oscillation of the point C replaces the oscillation of the entire cylinder block. 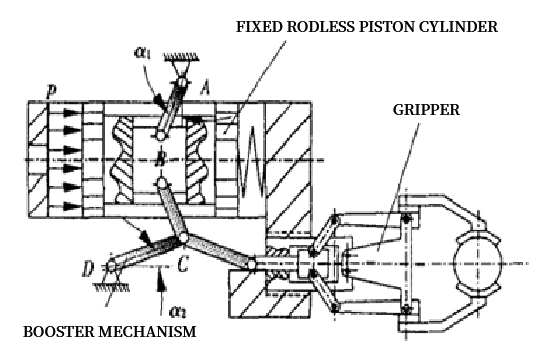 When the directional control valve of the compressed air is in the left working state as shown in the figure, the left cavity of the pneumatic cylinder, that is, the rodless cavity, enters the compressed air, and the piston will move to the right under the action of the air pressure, so that the pressure angle α of the hinge rod gradually decreases. Small, the air pressure is amplified by the angle effect, and then the force is transmitted to the lever of the constant boosting force lever mechanism, the force will be amplified again, and become the force F for clamping the workpiece. When the directional control valve is in the working state of the right position, the rod cavity in the right cavity of the pneumatic cylinder enters the compressed air, pushes the piston to move to the left, and the clamping mechanism releases the workpiece. 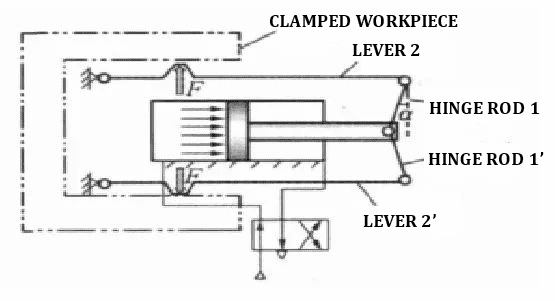 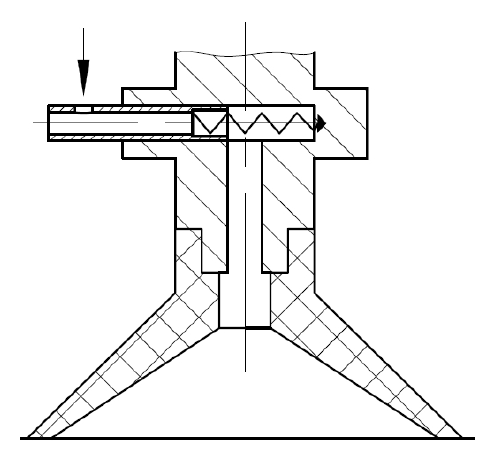 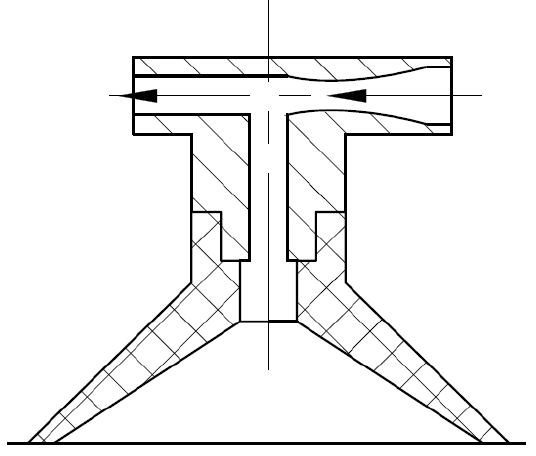 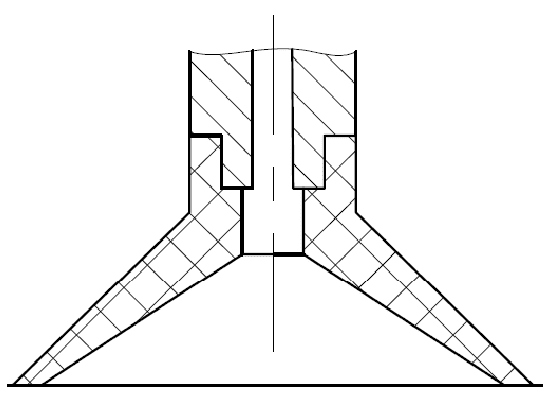